Show all categories Environmental Essences Back 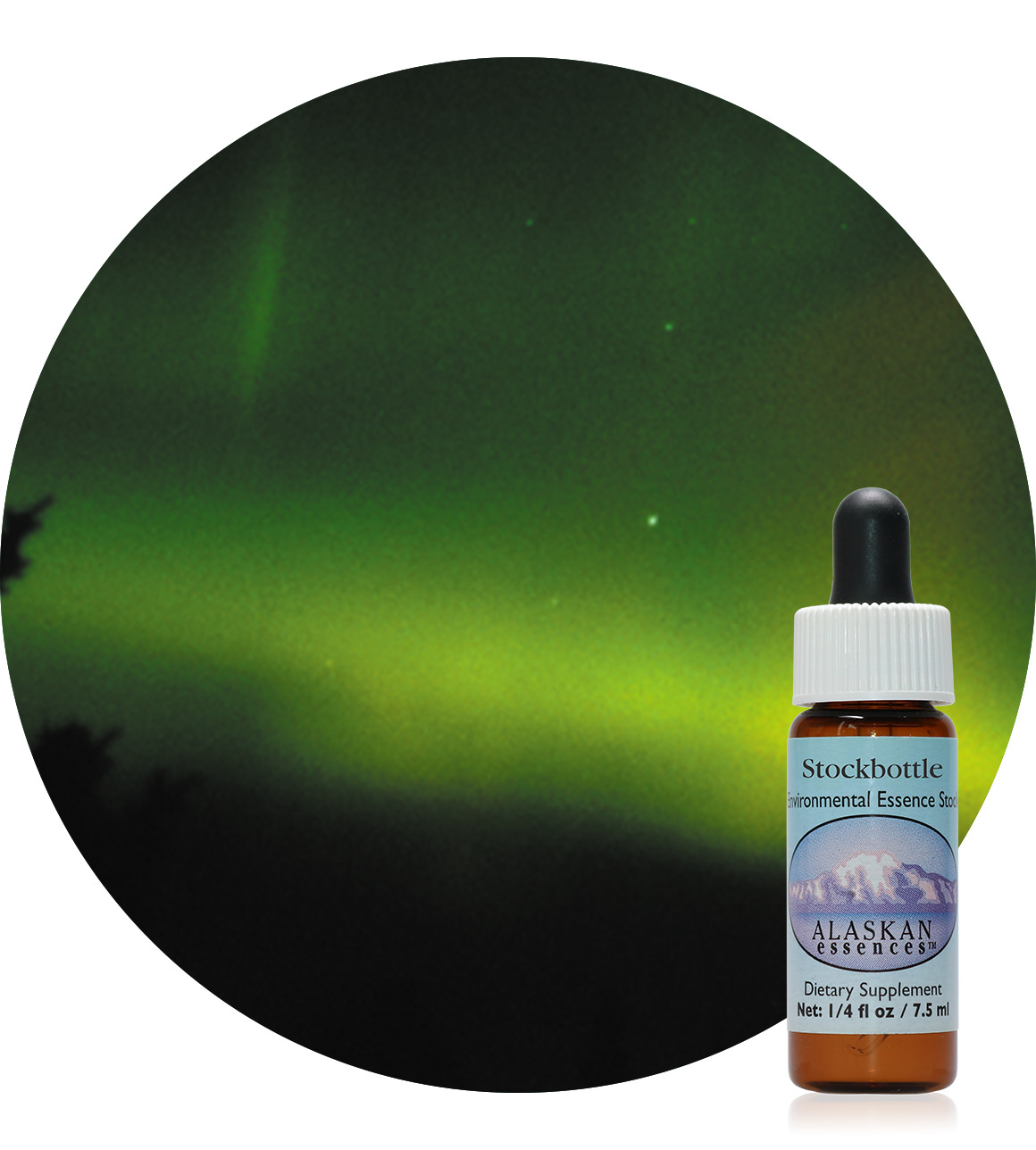 I open my heart to the cleansing forces of creation. I reunite with the true essence of my being.

Background Information – This environmental essence was prepared on a windy, -30°F arctic night under a magnificent swirling display of green northern lights.

This phenomenon of light, also called the aurora borealis, has its origins on the sun. The sun is continuously sending out a stream of charged particles of energy that travel through space as solar wind. As this solar wind reaches the Earth these particles are drawn toward the north and south geomagnetic poles. When these solar electrons meet the Earth's upper atmosphere they collide with gas molecules, causing those molecules to enter into an excited state called ionization. The light displays we see are produced when these ionized gas molecules return to their normal or "ground" state.

Healing Qualities – These "rainbows of the night" have the power to liberate us from a mundane and earthbound perspective on life through the vehicle of our amazement. As we gaze at their wondrous oscillations of light and energy, we are given the opportunity to expand our senses beyond the physical and join in a dance with a source of creation.

This essence is often indicated when we are poised on the edge of a breakthrough in consciousness, but lack the energy to complete the process. In this instance, Northern Lights can help us tap into the fundamental creation forces of the Universal Field and gather the energy we need to make the transition from the old to the new.

I have a question regarding Northern Lights
Legal note: Vibratonal essences are considered food in the sense of Art. 2 of EU act no. 178/2002. They do not have a direct effect on body or psyche that can be proved with today's scientific methods. All statements made here refer to energetic aspects as such aura, meridians, chakras etc.
Note according to §32 VerpackG All essence bottles are NON-RETURNABLE packaging. Please reuse them yourself or put them in the recycling bin.
This website uses cookies to ensure the best experience possible. More information...