Show all categories Combinations Back 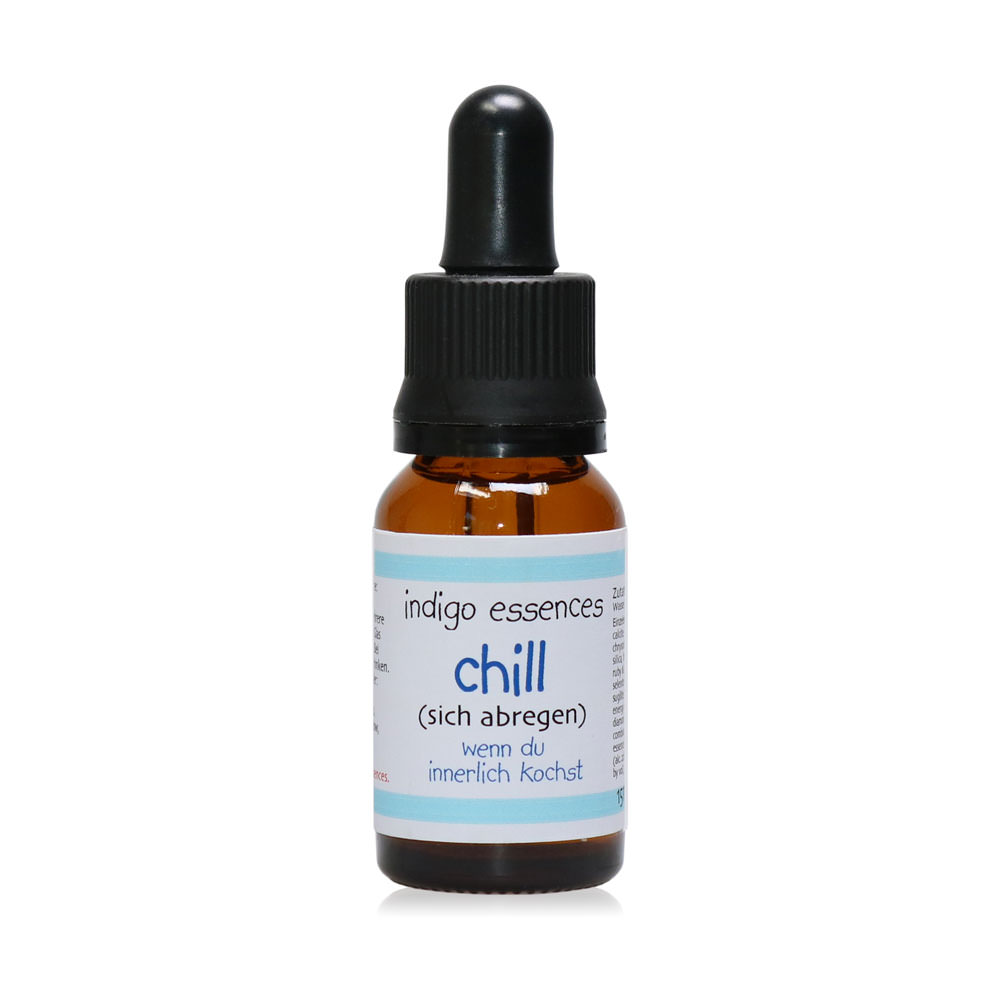 The colour blue on the label of the Chill bottle is often associated with the throat area. Chill helps you unblock the throat area so that you can express these feelings. Anger is a normal emotion. However, if anger is blocked or suppressed then it can become a problem. When you feel angry, express your feelings reasonably and rationally on a regular basis, then the anger doesn't build up into a torrent.

Parents tell us they use Chill around the time when a child is likely to go into toddler tantrums. The child is establishing it's presence and learning its power in the world and sometimes that can be very difficult for everybody. Chill can help a child adjust to these changes without undue tantrums.

Adults also use Chill to help them deal with out of control anger in situations like:

I often recommend Chill when a family is going through a difficult period. You can take some drops of the Chill essence and put them into a bowl of water in your kitchen or your dining area and that will help to disperse this calming, healing energy throughout the house.

I have a question regarding Chill
Legal note: Vibratonal essences are considered food in the sense of Art. 2 of EU act no. 178/2002. They do not have a direct effect on body or psyche that can be proved with today's scientific methods. All statements made here refer to energetic aspects as such aura, meridians, chakras etc.
Note according to §32 VerpackG All essence bottles are NON-RETURNABLE packaging. Please reuse them yourself or put them in the recycling bin.
This website uses cookies to ensure the best experience possible. More information...